After completing roofing training in 1989, Gary Cornelis Van der Leek, owner of Vanderleek Roofing Inc., established the company and set to work carrying on the family tradition. For over 100 years, men in the Van der Leek family have been tradesmen and builders.

Our story truly began in the Netherlands where great grandfather Van der Leek began working in the construction and building industry in North Holland. Many of the homes he helped design and construct in the early 1900’s are still standing in Haarlem, North Holland today.

In 1967, Gary’s father Kees Van der Leek, who had immigrated to Canada, arrived in Calgary and immediately got to work. Using skills and experience gained in South Africa, he began contributing to projects like the Namao Canadian Forces air base where he fabricated and installed parapet cladding for the airport hangers.

His true calling, however, was in education and after completing his teaching certificate, he taught at the trades school W.P. Wagner in Edmonton, educating students on working with sheet metal. After retiring, Kees moved to Vancouver Island, where he still enjoys consulting with Vanderleek Roofing Inc. and has fun building musical instruments in his spare time.

Over the past three decades Vanderleek Roofing Inc., still run by Gary (Certified as  Red Seal  & Steep Sloped Roofer), has built a reputation for being reliable, providing quality workmanship and respecting clients. Each client is offered the same great service that his father, grandfather, and great-grandfather valued and taught with both their words and actions. Like Kees before him, Gary believes in the power of education and is proud to continue the long Van der Leek tradition of passing knowledge and training on to the newest generation. Christopher Ballegeer (Certified Red Seal Roofer) is part of that upcoming generation and works on Vancouver Island.

A Roofing Company You Can Trust

At Vanderleek Roofing Inc., we specialize in both low slope and flat roofing systems, from the airplane hangars to small restaurants and family homes. We have the team and the skills to build, repair, and replace any system from Torch On to EPDM and TPO. We often encourage our clients towards Duro-Last, a durable, long lasting single ply roofing system that will outlast its competitors.

Our belief in our products and labour is so strong that we offer a real-life warranty on all materials and labour. Since the beginning Vanderleek Roofing Inc. has remained steadfast in its approach to providing our commercial, industrial and residential roofing clients with 5 – 10-year warranties. Additional warranties offered by some of our manufacturers means your roof’s warranty could be extended up to 15 years.

While some companies may be willing to offer 50-year warranties in theory, we’ve yet to meet anyone who backs that up with real service. Unfortunately, there are also those who offer the commonly known warranty that we refer to as “the tail light warranty,” these warranties are usually based on cash deals which Vanderleek does not offer. Instead, we believe in what we call, “follow up and follow through.” That means we consider every point of contact with you important and after your project is finished, we’ll check in to make sure you’re completely satisfied with your new roof, not only today but into the future. 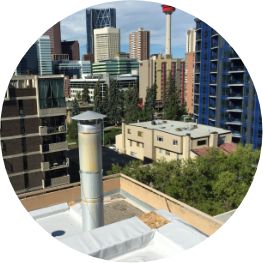 Vanderleek Roofing Inc. provides you peace of mind with your commercial roof repair services in Calgary and Vancouver Island. We know your roof won’t wait for nicer weather to fail, which is why we offer our services year-round. 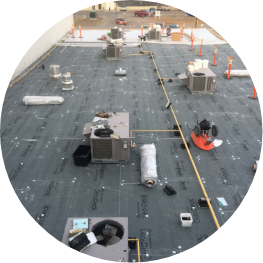 Put your trust in a team with the industry experience to get the job done right. Our highly skilled professionals can provide suggestions on the best roofing materials for flat roof systems, saving you from costly repairs down the road. 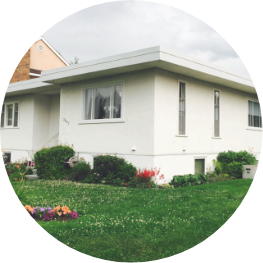 Protecting your home by using the best roofing materials for the job has always been the goal of Vanderleek Roofing Inc. That’s just one of the many reasons why we’re still providing residential roofing services more than 20 years later. 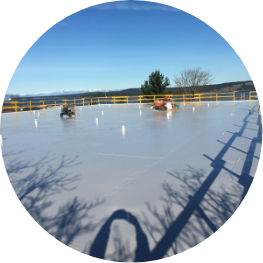 The PVC membrane we recommend is Duro-Last. It’s a lightweight, durable and cost-effective flat roof membrane suitable for most flat roofing requirements.  Vanderleek Roofing Inc has installed over 1,000,000ft2.

Looking For A Quote?